THE RAILWAY MUSEUM OF PUGLIA

The Railway Museum of Puglia belongs to the municipality of Lecce and is managed by AISAF Onlus (Associazione Ionico Salentina Amici Ferrovie) which is a non-profit organization that pursues the public appreciation of rail transport through the dissemination of information about railway history and reality.

Since 1997 AISAF is engaged in the collection and preservation of historical rail vehicles, memorabilia and documents testifying the railway history of Puglia.

In 2007, the City of Lecce purchased from the State Railway the buildings as well as parts of the compound of the former Officine Squadra Rialzo di Lecce, and initiated their restructuring. In 2010, the city it entrusted AISAF with the organization and maintenance of the Museum and the opening to the public.

The collaboration between AISAF and Ferrovie del Sud Est (South East Railways) has led to the preservation of important evidence of the railway history and allowed the establishment of the antique train “Salento Express“, composed by ancient wagons, which is shown in the Museum and is used for touristic and educational tours on the tracks of Salento.

Today the Museum exhibits steam, diesel and electric locomotives, wagons and carriages that belonged to the Italian State Railways, the South East Railways, and the former tobacco factory in Lecce.

Furthermore, a thematic library is being built.

Openings on TUESDAY and THURSDAY are subjected to compulsory reservation to be performed 1 day before.

Openings on TUESDAY and THURSDAY are subjected to compulsory reservation to be performed 1 day before.

The AISAF ONLUS Association invites you to make an additional financial contribution for guided tours; all ticket revenues will contribute to supporting the costs of setting up and managing the Railway Museum. 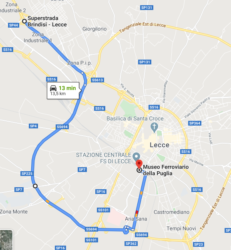 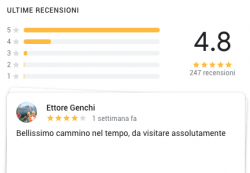